What Kind of Trailer? 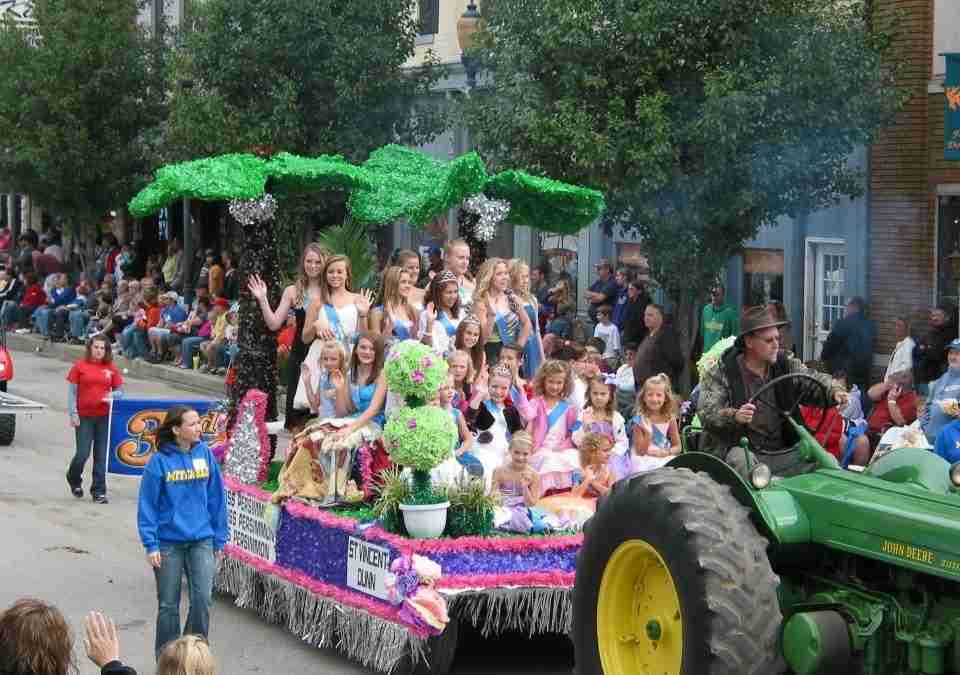 One of the most consistent questions asked is, “what do I use to build a float on”.  Historically, parade floats were probably as popular in the mid-west and agricultural belt as anywhere; and maybe still are.  The benefit of living in these areas was the availability of the “hay wagon” or ““.  This kind of trailer usually already had a wooden bed, with four tires and a hitch or “tongue” that had little or no weight, because all of the trailer weight was suspended on the four tires.  If you were lucky enough to know a farmer that had one of these trailers and could borrow one, you could create a fairly quick parade float, attaching some plywood to the sides and ends and making some decorative features on top.  The wood surfaces made it much easier to staple the decorations to the float and an added benefit was all the imperfections in construction were easily hidden by the decorative covering products.  Some of those trailers are still available today but on a very limited basis.

Alternatively, most folks have resorted to using the widely available and more common utility trailer for an averaged size float (see image below).  This type of trailer has a steel frame and part of the weight of the trailer is supported by the hitch, which means it can be towed with a tractor, pick-up truck or SUV with a suitable hitch.  Utility trailers usually either have one axle (two tires) or two axles (four tires), depending on the length of the trailer.  Some have flat beds, but most have rails raised above the bed of the trailer along the sides and the front, with fender wells and tires extending out past the rails. A word of caution about using these trailers; because the wheels extend out past the sides of the trailer, there is a greater danger that someone could fall off the float and be struck by the trailer.  Use great care and supervision when using an open utility trailer for a parade float.  ParadeFloatStuff.com and Walt Evans Decorators, Inc is not recommending nor advising the use of these trailers; only reporting on what others have used in the past.

Additional construction can be done to the trailer to make the parade float more aesthetically appealing while hiding the wheels and .  Folks have used pallets or “skids” stacked in the bed of the trailer, from front to back, to a height even with the rails.  The pallets should be fastened together and to the trailer.  5/8″ or thicker 4′ X 8′ sheets of plywood are to be across the trailer and over the rails and fastened to the pallets, making a”bed” over the rails and the entire length of the trailer.  Depending on the width of the existing trailer, the plywood will likely extend out past the fenders and the tires.  Simple vertical sides can be attached to the edge of the newly created plywood bed from narrower sheets of plywood.  The sides should not in any way interfere with the tires on the trailer.  The sides should only suspend down to about 14″ above the ground, in the event the trailer hits a bump or pothole, keeping the sides from getting damaged if they were suspended closer to the ground. Plywood can also be suspended on the ends of the trailer. And, most folks find the plywood sides are a great place to put a message or sponsor name since it’s so easy to staple Letters to the plywood.

Float decorations or props can now be easily stapled or drywall screwed to the newly created float base; instead of the steel structure that existed prior.  And standard 15″ Drop Float Fringe hangs perfectly from the bottom of the sides to the ground, giving the parade float that “floating” effect, while hiding all the unappealing undercarriage. It might be a little extra work, but the final product is worth it.